Images from a trip to the Northumberland coast and the Farne Islands in June 2016. We stayed with friends in the small coastal town of Beadnell, just South of Seahouses. From here we walked along the beaches, rocky outcrops and dune systems between Seahouses and Craster. With the nesting season in full swing there were seabirds everywhere. There are colonies of nesting Little terns and Arctic Terns which can be viewed from warden-controlled viewing platforms, enabling good views of the terns and their chicks. At Dunstanburgh Castle there are cliffs where nesting auks can be seen close up, as well as Kittiwakes and Fulmars. It is a beautiful and diverse coastline full of interest for walkers and wildlife watchers.

For our Farne Island experience we took an all-day bird watch trip with Billy Shiels Boats, sailing from Seahouses harbour. These regular trips allow sea watching and great close-up views of Grey Seals and cliff-nesting seabird colonies. They also allow landings of around 2 hours on Staple Island and Inner Farne. We were particularly keen to see nesting Puffins, which can be seen on both islands. There were an estimated 40,000 pairs of Puffins nesting on the Farne Islands in 2016. It was wonderful to watch thousands of Puffins flying past and landing at their burrows with bills full of sand eels. On the cliff-tops on the islands we were able to get very close to nesting Guillemots, Razorbills, Shags, Kittiwakes, Fulmars and gulls. On Inner Farne we walked through the large colony of nesting Arctic Terns, which constantly dive-bomb the passers by. Don't forget your hat if you visit the island - Arctic Terns find someone's head a great vantage point for launching attacks on other visitors!

On a second trip we sailed from Amble harbour to Coquet Island with Dave Gray's Puffin Cruises. Coquet Island is managed by the RSPB and is famous for its Roseate Tern colony. The island also provides nesting sites for around 40,000 seabirds, including other terns, large numbers of Puffins & other auks, gulls, Eiders and Cormorants. There is also a Grey Seal colony on the island. Visitors cannot land on Coquet Island, but the cruise along the shoreline provides good views of the birds. We were lucky to see group of Roseate Terns sitting quite close on the jetty. We were also delighted to see huge flocks of Puffins on the sea around the boat.
Both boat trips were very enjoyable and we would highly recommend them. 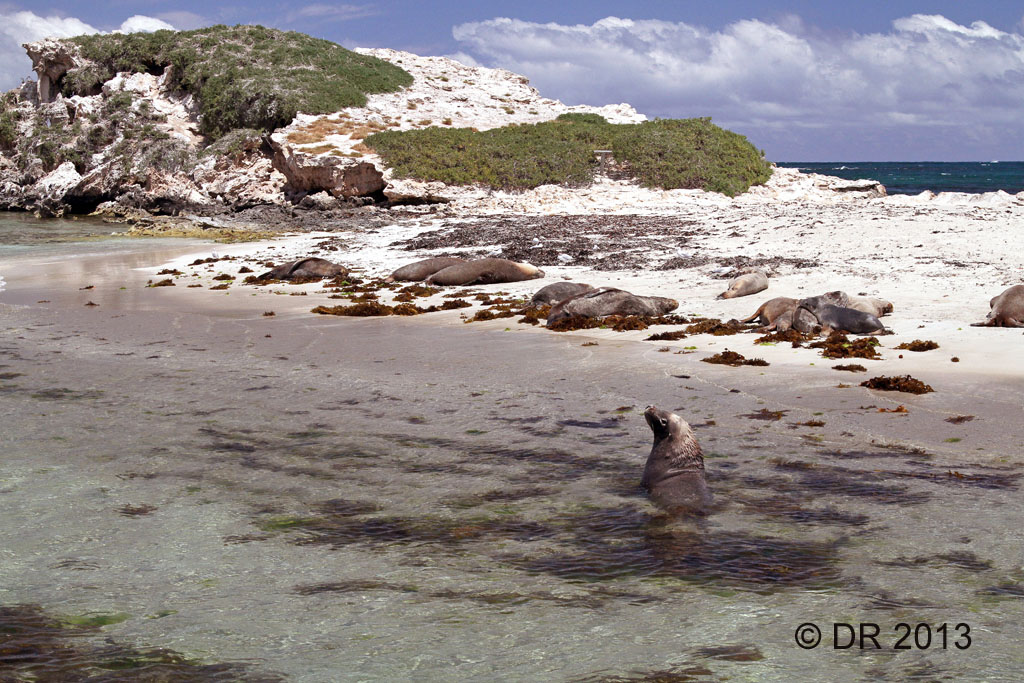